What is the talem qualem or thin-skull rule? 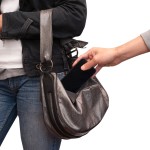 In situations where a wrongdoer causes some form of damage to a victim, the victim might suffer more damage than one might usually expect. This might be caused by the specific circumstances in which the victim finds himself/herself, which leads to the victim suffering more damage than the average person.

Could this be used as an acceptable defence for the wrongdoer, or must the victim’s existing circumstances be ignored when establishing the liability of the wrongdoer? An example of the above-mentioned is where the victim is in such an adverse financial position that he/she is unable to mitigate the damage caused by the Defendant.

The case of Smit v Abrahams 1994 (4) SA 158 (K) dealt with the matter at hand and is still the leading authority relating to the aforementioned question. In the case of Smit, the Plaintiff was involved in a motor vehicle accident in which the vehicle he owned was damaged beyond economical repair. The Plaintiff not only claimed the market value of the vehicle as damages from the Defendant, but also the cost of a rental vehicle for a period of three months in order to conduct his business. The extent of the Plaintiff’s damage was therefore partly caused by his own financial position and the fact that he could not afford a replacement vehicle at the time. These type of situations are known as thin-skull (or egg-skull) cases, where the circumstances of the Plaintiff influence the amount of damages suffered. In general, the thin-skull rule dictates that a Defendant cannot use the extraordinary vulnerability of the Plaintiff as a defence. This is also referred to as the talem qualem rule. The rule is based on the principle that you take your victim as you find them.

In the judgement, the thin-skull question is discussed as part of the court’s enquiry into the issue of legal causation. With regards to legal causation it is held that a rigid approach should not be followed, but rather a more flexible approach. This flexible approach should be based on reasonableness and fairness and each case should be dependent on its own facts. The fact that the Plaintiff’s damage was partly caused by his own financial vulnerability, is merely one of the factors to be considered when establishing whether or not the damage suffered was sufficiently relevant to the wrongdoer’s conduct.

It was held that, considering the facts at hand, the Plaintiff was entitled to hire a replacement vehicle in order to conduct business and that this would satisfy the criterion of reasonableness and fairness. Because of the fact that the Plaintiff was not in the financial position to buy a new vehicle after the accident and a vehicle was necessary for him to conduct the business, it was regarded as fair and just that the Defendant should carry the expense of hiring a replacement vehicle.

In cases where the thin-skull rule comes into question, the court will have to determine whether it is reasonable and fair to state that the damage suffered by the Plaintiff and particularly the extent thereof, was caused by the Defendant’s conduct. The thin-skull rule, as originally contemplated and formulated, is not directly applied in South African law. However, the applicable principle, namely that the Plaintiff’s vulnerability does not serve as an acceptable defence, is considered as a factor when the element of causation is considered.