When will prescription commence in medical negligence claims? 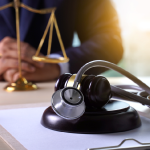 On 26 June 2006, Mr Links (“Links”) sustained a dislocated thumb for which he was treated with a cast and painkillers. On 5 July 2006, Links’ thumb was amputated. He was discharged in August 2006 and sought legal advice shortly afterwards.

On 6 August 2009, action was instituted by Links against the MEC for Health, Northern Cape, after having obtained an expert opinion confirming grounds of medical negligence. On the strength of Section 12(3) of the Act, the MEC for Health’s special plea of prescription was upheld by the Court a quo and full bench of the Northern Cape. Links was granted leave to appeal to the Constitutional Court.

The Constitutional Court held that:

“Until there are reasonable grounds for suspecting fault so as to cause the plaintiff to seek further advice, the claimant cannot be said to have knowledge of the acts from which the debt arises.”; “Without advice at the time from a professional or expert in the medical profession, the claimant could not have known what caused his condition.”

The Court accepted that at 5 August 2006, despite Links’ knowledge of the amputation which compelled him to seek legal advice, he did not have knowledge of the negligence of the staff until he obtained an expert medical opinion.

The Court held that the Court of First Instance appeared to have overlooked the question of whether Links had the full facts necessary for him to institute his claim on or before 5 August 2006. Before the end of August, Links could not have had access to independent medical professionals nor could he have had knowledge of all the material facts that he needed before he could institute legal proceedings. Links did not have reasonable grounds to suspect that his negligent treatment at the hands of the defendant’s personnel had caused the amputation of his thumb and the loss of function of his left hand. Prescription could therefore not have begun running before 5 August 2006. The Court accordingly held that Links’ claim had not prescribed, and in doing so, upheld the appeal and set aside the order made by the Court of First Instance.

An unintended consequence of this finding is that a defendant alleging prescription of a medical negligence claim, cannot show deemed knowledge on the part of the plaintiff for the purposes of Section 12(3) of the Act, without also showing when the plaintiff obtained such legal or medical advice.

The magnitude of the law of prescription is that there exists no condonation where the institution of the action in the Court is out of time. Accordingly, a creditor may not institute legal action against the debtor to recover the debt once the period of prescription has run its prescribed course, as the debt would have become extinguished by prescription. As such, once the full facts necessary to institute a claim are present, a creditor must immediately proceed to institute legal action to mitigate against the risk of the claim prescribing.

It is therefore crucial that creditors remain vigilant of the date that prescription commences to run and, in particular, the dates upon which a Court may deem a debt to fall due.