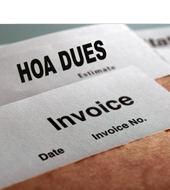 The Registrar of Deeds’ Conference issued a resolution in 2010 ruling that, in the event of a forced sale, mostly in the event of insolvency, a clearance certificate is not obligatory in order to transfer the property into the name of the purchaser, despite a title deed requirement to the contrary. The resolution was met with severe opposition and the implementation thereof finally reversed.

Three recent matters brought before the court clearly indicated that the status quo will not go unopposed.

Homeowners’ associations have, by means of title deed conditions, ensured that membership requirements are compulsory and the fulfilment thereof obligatory. Generic requirements include the obligation to obtain a clearance certificate from the association, confirming that the provisions of the Memorandum of Incorporation or, where still applicable, the Articles of Incorporation and Association, have been complied with.

Most homeowners’ associations require that all amounts outstanding and levied shall be paid in full prior to the issuing of the clearance certificate. As the purchaser cannot be held liable for the arrears, the arrears are paid from the funds of the insolvent estate. The argument by those opposing the status quo is that by such title deed conditions, the homeowners’ associations have established themselves as preferential creditors of an insolvent estate.

Although an established business practice, the benefit created for the associations in terms of the title deed conditions, are being opposed and questioned.

Three recent matters have been challenging the status quo:

In the first matter, that of Cowin NO and Others vs Kyalami Estate Homeowners’ Association and Others (11377/12) [2013] ZAGPJHC 121, Judge BA Mashile ruled in the South Gauteng High court on 25 February 2013 that the conditions in the title deed should be upheld. The requirements of a clearance certificate have been found as a real right and can prevail against the whole world.

The court further held that by recognising the real right of the association, it does not confuse or change the status of the association in the concursus creditorum. The association will remain a concurrent creditor, but has a right to choose whether to lodge and prove its case or exercise the right afforded it in terms of the registered condition in the title deed regarding the property, to claim the outstanding amount from the cost of the sale of the property.

In the second matter, that of Koka NO and Others vs Willow Waters Homeowners’ Association (Pty) Ltd and Others (20361/12) [2013] ZAGPPHC 167, Acting Judge AJ Bam delivered his judgement on 13 June 2013 in the North Gauteng High Court.

The North Gauteng High Court ruled that the association does not have a real right. The court acknowledged the fact that the title deed conditions do bind the successors in title of the property. But the facts in this matter were that the association never had the intention to hold purchasers of the property liable for the outstanding levies and penalties of a previous owner. The conditions were thus a mere personal right against the insolvents.

It should be noted that the court ruled for this sale to be subject to the title deed conditions in that the purchaser of the property will be personally subject to the conditions and will have to abide by the rules of the association.

The applicant of the third matter, known as the South Downs HOA matter, withdrew the application before any judge could rule thereon.

The Willow Waters matter is currently under appeal and the Registrar issued a cautionary notice in terms thereof. Should the North Gauteng court ruling be upheld, it will have dire consequences for all homeowners’ associations.

It is therefore imperative that directors of homeowners’ associations carefully attend to timeous payment of levies due by their members. The delay in appointment of liquidators or curators, the time-consuming administration and winding-up of an insolvent estate, as well as the delay in selling the properties caused by delayed instructions from preferential creditors, can create an untenable situation for associations. The eviction of occupiers, bent on remaining on the property at all cost, also takes time.

Months can pass whilst the monthly levies accrue, with the association unable to recover from any other entity save the right to recover via the title deed conditions. As a non-profit company with the responsibility to render services to its members, the situation can easily become dire for associations. Insolvency of even a small portion of the members can financially upset a well-to-do estate and lead to financial chaos.

Prompt debt collection action taken against any and all owners immediately on default will be the best defense. Therefore the directors and members themselves should keep a keen eye on prompt monthly payments and ensure that defaulting owners are immediately contacted and, if they persist in the default, hand the matter over to competent attorneys for collection of the debt. Any delay can be costly to the association.

Whilst clarity is awaited from either the highest court of appeal or the Constitutional Court directors should, not only for the sake of their own property investment but also for that of the other members of the association, ensure that defaulters are speedily and effectively attended to.

This newsletter is a general information sheet and should not be used or relied on as legal or other professional advice. No liability can be accepted for any errors or omissions nor for any loss or damage arising from reliance upon any information herein. Always contact your legal adviser for specific and detailed advice. Errors and omissions excepted (E&OE).