Space law or the lack thereof 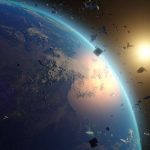 On October 4th, 1957, the first satellite was successfully launched into space. Sputnik 1, launched by the former Soviet Union (now the Russian Federation), ran for 21 consecutive days until it ran out of battery.[1] The satellite burnt while re-entering Earth’s atmosphere.[2] There are currently a total of 7500 active satellites and more than 15000 pieces of trackable space debris (greater than 10cm in diameter) in orbit.[3]

The 1967 Outer Space Treaty (OST) forms the foundations of International Space Law and was adopted as a resolution by the United Nations General Assembly (UNGA).[4] The Treaty as well as the resolution set forth principles that all Signatory States must abide by. Among the 111 Signatory States are the Soviet Union (USSR), The United States of America (USA), and The People’s Republic of China (herein referred to as China).[5] There are in total 5 space treaties, each providing a core principle of space law, however, the OST is the most spoken of and relevant treaty regarding Space Law and protection from intergalactic wars.[6] All five treaties were concluded by The Committee on the Peaceful Uses of Outer Space.

The Outer Space Treaty consists of 17 articles, each presenting key principles regarding the governing and use of Outer Space. The first principle, and one of utmost importance, states that the discovery and exploration of outer space must be carried out in the best interest of all countries and shall be the domain of all people.[7]

On November 15th, 2021, Russia launched an anti-satellite (ASAT) missile targeted to destroy an old spy satellite of Russia, Cosmos 1408.[8] The launch occurred without advance warning to any other state, or to the astronauts in the International Space Station (ISS), who were forced to shelter and close the station’s hatches.[9] The destruction of Cosmos 1408 resulted in 1500 trackable pieces of debris being added into our orbit – debris that will require the alteration of coordinates of all operating objects in our orbit to avoid a collision.[10]

The destruction of Cosmos 1408 occurred at a peculiar time – days after Russia and China voted against a key UNGA resolution (the Open Ended Working Group on space security) aimed at minimising space threats and creating principles for conscientious behaviours.[11] This resolution was brought forward by the UNGA’s first committee on disarmament and international security and was implemented on November 1, 2021.[12]

However, the 2021 Russian ASAT missile is not the first of its kind. On January 11th, 2007, China launched an ASAT missile which destroyed a non-operational Chinese weather satellite.[13] The satellite was known as Fengyun-1C and was destroyed by a ballistic missile, creating 3 000 pieces of trackable debris.[14] This debris has polluted our orbit for years to come and still poses a significant threat to objects in the lower orbit of the Earth.[15] It must be noted that in 2019, India also conducted an ASAT test and in 2008 The USA additionally conducted such a test.[16]

As explained above, the Outer Space Treaty dominates space regulation and article 1 of this Treaty requires that states act in the best interest of other signatory parties.[17] This is known as the principle of cooperation and mutual assistance.[18]

No previous state was held liable for the damages of their ASAT missiles, however, Russia’s liability is still yet to be determined due to it only recently occurring.[19] The issue of ASAT missile testing and its legality is linked to the use of force.[20] Thus, it is required to analyse the legality of the test in relation to the principles in the OST. Regardless of if legality is proven, the use should be restricted by the prohibition on the use of force, referred to in article 2.4 of the United Nations Charter.[21] Furthermore, Article 103 of the United Nations Charter states that the charter shall prevail over any other international treaty,[22] this includes the OST adopted by the UNGA.[23]

Before analysing the signatory parties’ recent activities in relation to the OST, it must be noted that the Treaty often refers to outer space which includes ‘the Moon and other celestial bodies’. Celestial bodies are natural matter in our universe such as stars, planets, and nebulas – satellites are man-made objects and thus are not included in the definition of celestial bodies.[24]

Article IX of the OST states:

The term mentioned in the article refers to the ‘environment in Earth’. This phrase does not directly specify what is included in earth’s environment and its vagueness allows the definition to be left to interpretation, but the boundary between the Earth’s atmosphere and space is traditionally set at the Kármán line (an altitude where space begins, 100 kilometers from the surface of the planet).[26] Therefore, one can assume anything above the line is excluded from the ‘environment in Earth’. Moreover, the article states signatory parties may request a consultation regarding the activity of concern. This request for a consultation does not mean a state would be held liable should the requesting state still view the activity as causing harmful interference.

Cosmos 1408 was located between 465 to 490 kilometers in lower Earth orbit (LEO), meaning it was located above the Kármán line.[27] Thus, the ASAT missile did not contaminate the environment of Earth. However, the debris will continue to pollute the LEO until the debris enters the Earth’s atmosphere or orbits out of the planet’s gravitational pull. Despite not breaching the conditions of article IX, the debris has contributed to space pollution and poses an environmental and safety concern as space tourism and exploration advance. Further, it must be noted that the ISS passes through Cosmos 1408’s debris field every 90 minutes.[28]

Article XI of the OST states:

“In order to promote international co-operation in the peaceful exploration and use of outer space, States Parties to the Treaty conducting activities in outer space […] agree to inform the Secretary-General of the United Nations as well as the public and the international scientific community, to the greatest extent feasible and practicable, of the nature, conduct, locations and results of such activities…”.[29]

This article, another vague article within the Treaty, does not state if the Secretary-General is to be informed prior to activities. It is furthermore as of date unknown to the public whether Russia informed Mr. António Guterres (acting UN Secretary-General) about its recent ASAT test, and the collateral effects thereof on the concerned orbits. Therefore, a breach of the article cannot be determined.

The last – and most controversial – article which must be explored is Article VIII which states:

“A State Party to the Treaty on whose registry an object launched into outer space is carried shall retain jurisdiction and control over such object, and over any personnel thereof, while in outer space or on a celestial body…”.[30]

This means that since the satellite was Russian and falls under Russian jurisdiction, The Russian Federation has full rights to launch an ASAT missile that would blast it out of our orbit. This is controversial because, despite the satellite being under Russian jurisdiction, its debris affects all other nations with spacecraft in orbit. Despite the controversy, Russia’s legal liability is undeterminable by the public due to the lack of information available as well as the inability to prove breaches in all applicable law.

Regardless of Russia’s liability being undetermined, each country has an obligation to ensure the protection of the space environment as well as the maintenance of international peace and security.

Therefore, a unification of national treaties and an improved space disarmament treaty is required to ensure this pollution is managed. Prohibiting the ASAT test will further prevent such damage as well as restore trust between nations that a galactic war is avoidable. The future of outer space heavily relies on the finalisation of PAROS (a Proposed Prevention of an Arms Race in Space) which would be an amendment to the Outer Space Treaty and would aid in the prevention of nations from placing objects carrying any weapon into space – inclusive of missiles.[31] However, a great divide still lies within the Security Council on the best approach for PAROS.[32] The OEWG is the next bit of public hope in the maintenance of international peace and security,[33] but the privatisation of space initiatives also brings privatised efforts to ensure peace and security.[34] This means there will be a joint effort from both the private and public sectors in ensuring international peace and security are maintained.

It must lastly be noted that with space tourism on the rise and space exploration becoming vital for the continuation and understanding of the sapient being,[35] one must examine the hazards space debris poses for the exiting and re-entering of spacecrafts from earth’s atmosphere. There is a call for preventative measures and a need to ban such tests. The less debris in our atmosphere, the safer the transit through the atmosphere would be.[36] Much like the environmental crisis on Earth, there may be little we can do to mitigate the current pollution, but there are many possibilities for preventing a larger crisis, one neither earth nor space will be able to maintain.

This larger crisis is known as the Kessler Syndrome – a scenario in which the amount of space debris in lower Earth orbit is so dense, a collision with satellites and other spacecraft is unavoidable.[37] These collisions will contribute to the density of the debris creating a chain reaction that will undermine both the stability and safety of space.

Controlling space warfare and emplacing stricter space laws is paramount in avoiding the worst-case scenario. Without such supervision, not only will be left with the Kessler Syndrome but also compromised international peace and security.

This article was published for The Hague International – CORAX Foundation